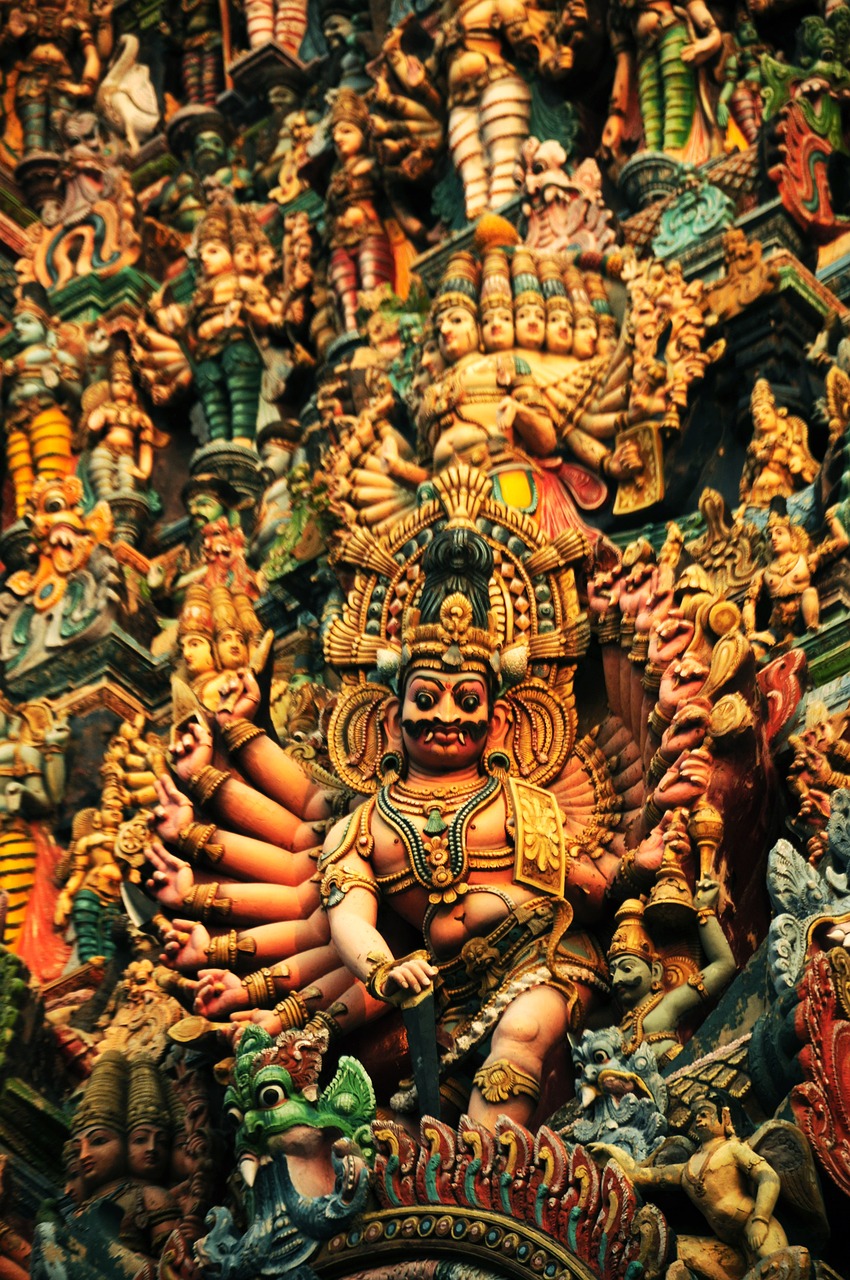 Pilgrimage Trip in Tamilnadu – Tamilnadu is often called the Land of Temples and this state is blessed with more than 33K temples. Gopurams are widespread in South Indian Temples, mainly in Tamil Nadu. When we think about temples in Tamilnadu, the first thing came to our mind is the beautifully structured temple and gopurams. This beautiful state is rich with Hindu culture & heritage and the celebration of innumerable festivals.

Plan a trip to the sacred temples of Tamilnadu and visit the top pilgrimage sites starting from Madurai Meenakshi Amman Temple.

You require a minimum 2 to 3 hrs to visit the temple completely. Chithirai Festival or Chithirai Thiruvizha is the major festival celebrated during the month of April. The festival of Meenakshi Thirukalyanam celebrates the divine wedding of Lord Sundareswara and Goddess Meenakshi. The temple has 14 towering gateways. Each gateway is a multi-story structure and displays thousands of mythological stories and several other sculptures. The major gopurams of this temple are Kadaka Gopuram, Sundareswarar Shrine Gopuram, Chitra Gopuram, Nadukkattu Gopuram, Mottai Gopuram, and Nayaka Gopuram

When going for darshan at Meenakshi Temple, make a plan for at least two-three hours for a relaxed exploration of the temple and darshan of the deity. During the festival, it takes around 4 to 5 hours to get darshan.

The Sri Ranganathaswamy Temple, a reclining form of the Hindu deity Maha Vishnu, located in Srirangam, Tiruchirapalli. This temple is the foremost of the 108 divya desham kshetras. This temple is on an island surrounded by Kaveri River and this river is known as Daksina Ganga (The Ganges of the South).

The temple was robbed and destroyed by the Delhi Sultanate armies on various cities of the Pandyan Kingdom in the early 14th century. Don’t miss Srirangam when you are planning a pilgrimage trip in Tamilnadu

It’s believed that Ranganathaswamy Temple was worshipped by Lord Rama for a long time and the deity was handed over to King Vibhishana after the Rama’s victory over Ravana. On his way back to Lanka, Lord Vishnu appeared before Vibhishana and expressed his desire to stay as Ranganatha in this place!

The temple complex is 156 acres in extent and it has seven prakaras or enclosures. There are 21 magnificent towers in all prakaras providing a unique sight to our eyes.

Jambukeswarar Akhilandeswari Temple, one of the Panchabhoota Sthalams (representing the element water) is one of the popular Hindu Temple dedicated to Lord Shiva. This temple is one of the five major Shiva Temples of Tamil Nadu.

The temple was built by King Kocengannan, one of the Early Cholas, around 1,800 years ago. The temple is also the abode of Goddess Akilandeswari, one of the forms of the Goddess Parvati.

This temple is located in the Srirangam Island, which has the famous Ranganathaswamy Temple. Panguni Brahmmotsavam in the month of March & April and Aadi Pooram in the month of July & August are the famous festivals of the temple. The sanctum of Jambukeswara has an underground water stream and in spite of pumping water out, it is always filled with water.

Brihadishvara Temple also called Rajarajesvaram Temple dedicated to Lord Shiva. The Great Living Chola temples such as the Brihadeeswara Temple, are listed as World Heritage sites and draw the attention of visitors internationally. This temple is one of the most beautiful architectural splendors of the country.

Brihadeeswarar Temple is also widely known by name of ‘Big Temple‘. Another interesting fact about its architecture is that the Vimana (tower above the sanctum sanctorum) of the temple does not cast a shadow at NOON!

This temple was built by King Raja Raja Chola I and completed in 1010 AD. This temple completed its 1000 years in the year 2010. This temple and Gangaikonda Cholapuram were built to commemorate their victories in war by Chola Kings. The temple is said to be made up of about 1,30,000 tons of granite.