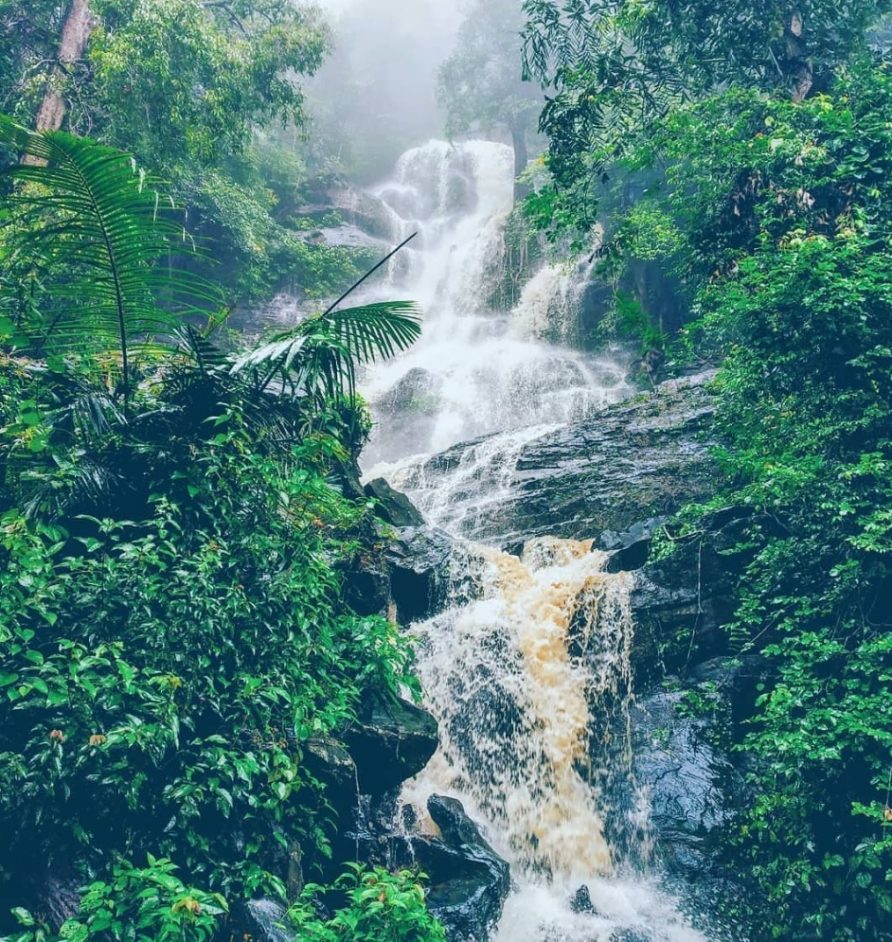 There are mainly three routes to reach out there.

These routes take approximately the same time. Check out for the least traffic route and head right away to Shimoga.

Shimoga is also known as ‘Shivamogga’ is a wonderful place filled with mystical temples, picturesque landscape, lush greenery, and waterfalls. The driving distance between Bangalore and Shivamogga is 302 km. Monsoon is the ideal time to head out to Shimoga, Karnataka. Four rivers namely Kumudvathi, Tungabhadra, Varada, and Sharavathi flow through this charming city.

Gokarna is a small temple town on the Western Coast of India in the Uttara Kannada district of the state of Karnataka. With its pristine beaches and incredible landscapes, Gokarna is a Hindu pilgrimage town in Karnataka and a hub for beach lovers and hippies.

Colva Beach, Baga Beach, Calangute Beach, Anjuna Beach, Vagator Beach, Dudhsagar Falls, Se Cathedral, Bom Jesus Basilica, Aguada Fort, Chapora Fort, and Sri Mangueshi Temple are the popular Goa Tourist Places. With a seashore stretching for over 100 kilometers, Goa has numerous beaches that attract millions of visitors. Whether you are looking to party or relax, Goa nightlife has something for everyone. The driving distance between Gokarna and Goa is 145 km.

Mahabaleshwar is a hill station in India’s forested Western Ghats range, south of Mumbai. This place is famous for strawberries and is also well known for its numerous rivers, magnificent cascades, and majestic peaks.

A visit to Mumbai can inspire everyone because this heritage city is forever beaming with vibrancy, vigor, and life. Mumbai is the sixth-most densely populated city in the world. Mumbai is one of the busiest cities of the world and also one of the most visited cities in Maharashtra.

Gateway of India is the most important landmark of the city of Mumbai. From beaches to Bollywood, the attractions and places to visit in Mumbai are diverse and interesting.

Mumbai Pune Expressway is a masterpiece and country’s best road ever built. Limit your top speed to 80 Km/hr as speeds in excess have had a risk of tyre bursts and can prove fatal. So fasten your seat belts, shift gears and zoom ahead. There are plenty of food options, and 90% of the people traveling on the Expressway stop here to freshen-up and to eat a quick snack or meal with hot tea or coffee.

Hyderabad is one of the historical cities in India. The city has Museums for art lovers, gardens for kids, lakes, and boating for young couples, shows & film city for family and all this is a very economical price. Language is never a problem if you know Hindi or English. Hyderabad has many different places to see from Charminar to Golconda fort; from Hussain Sagar lake to Falaknuma Palace.

2 thoughts on “A Monsoon Getaway”

Thank you for subscribing.

we respect your privacy and take protecting it seriously